Liceo Statale “Ilaria Alpi” is a Secondary School which offers different courses for students aged 13-18. It was founded in 1973 as dependent school and it became autonomous in 2006. Since 1997 we offer two experimental course: Scientific Studies and Technologic Studies. In 1998 a Linguistic course and a Social Sciences course were added. During this period the school has grown from 9 to 30 classes of students. According to the Gelmini Reform, we teach some subject, such as Maths Physics and Science, using CLIL methodology. Our school is located in a small town in Southern Italy, about 20 Km from Bari, in a rural area mainly concerned in fruit and vegetable export. The teaching staff and pupils are open to changes and innovation. In 2011 we took part in the Comenius Partnerships “Maths is everywhere” which aimed to give a new dimension oh Maths teaching to applying new methods and to learn maths as a part of everyday life.

The high school I.I.S.S. “T.FIORE-SYLOS” in Terlizzi is characterized because it ensures a basic training extensive and deeper in science than in the humanities, with an emphasis on the study of foreign languages.It provides cultural and methodological tools to understand in depth the reality through the acquisition of rational , creative, design and critical attitudes in front of different situations, phenomenas and problems. It promotes the development of knowledge, skills and competencies consistent with capacities and personal choices, depending on the continuation of studies or of inclusion into the world of work. In the scientific laboratory are made chemical, physical and biological experiences such as the measurement of the PH using indicators; the analysis of cellular tissues of animals and plants; the separation of mixtures through filtration and paper chromatography; the test of the law of Boyle; the determination of the density substances and the volume of materials; experiences on the kinematics of a material point, on the principle of Archimedes and on the laws of dynamics.

Liceo Scientifico “Valdemaro Vecchi” provides students with a sound preparation that is mainly grounded on both the knowledge of scientific subjects, supported by the development of logical and critical abilities, and an efficient self-study method. Beside the traditional path offered by the “liceo scientifico” (high school specializing in scientific subjects) aimed at studying the connection between scientific culture and humanistic tradition, we also offer the “applied sciences” option which provides the students with really advanced competences in the studies relevant to a scientific and technologic culture.

Mentor Francesco De Paolis IKØWGF proposed to the Radio Contact coordinator a joint contact and proposed the schools to share the event, alternating questions from both sites. Mr. Michele Mallardi, coordinating the events, agreed and set up a combined direct. The questions were read, alternatively, by students from Citadella Mediterranea della Scienza, Universiyu od Bari, Italy. More than 300 students, parents, visitors and media attended to the event. Contact was established at 11:16 UTC, 12:16 local time, with NA1SS. Astronaut Paolo Nespoli answered 14 questions. Signals from the ISS was loud and clear during the ISS pass.

In addition, the onboard HamVideo tramsitter was operational for the ISS pass and streaming video was available at: https://ariss.batc.tv/hamtv/

Excellent job for all the australian stations active also for the HamTV reception, thanks to Martin VK6MJ, that had HamTV before AOS by Shane, we saw Paolo wearing headset and get ready for the contact. This is once more a great demonstration on the huge added value of having HamTV onboard!

This was the first chained HAMTV event performed by Australian GSs and merged on BATC.TV during an ARISS scheduled contact. 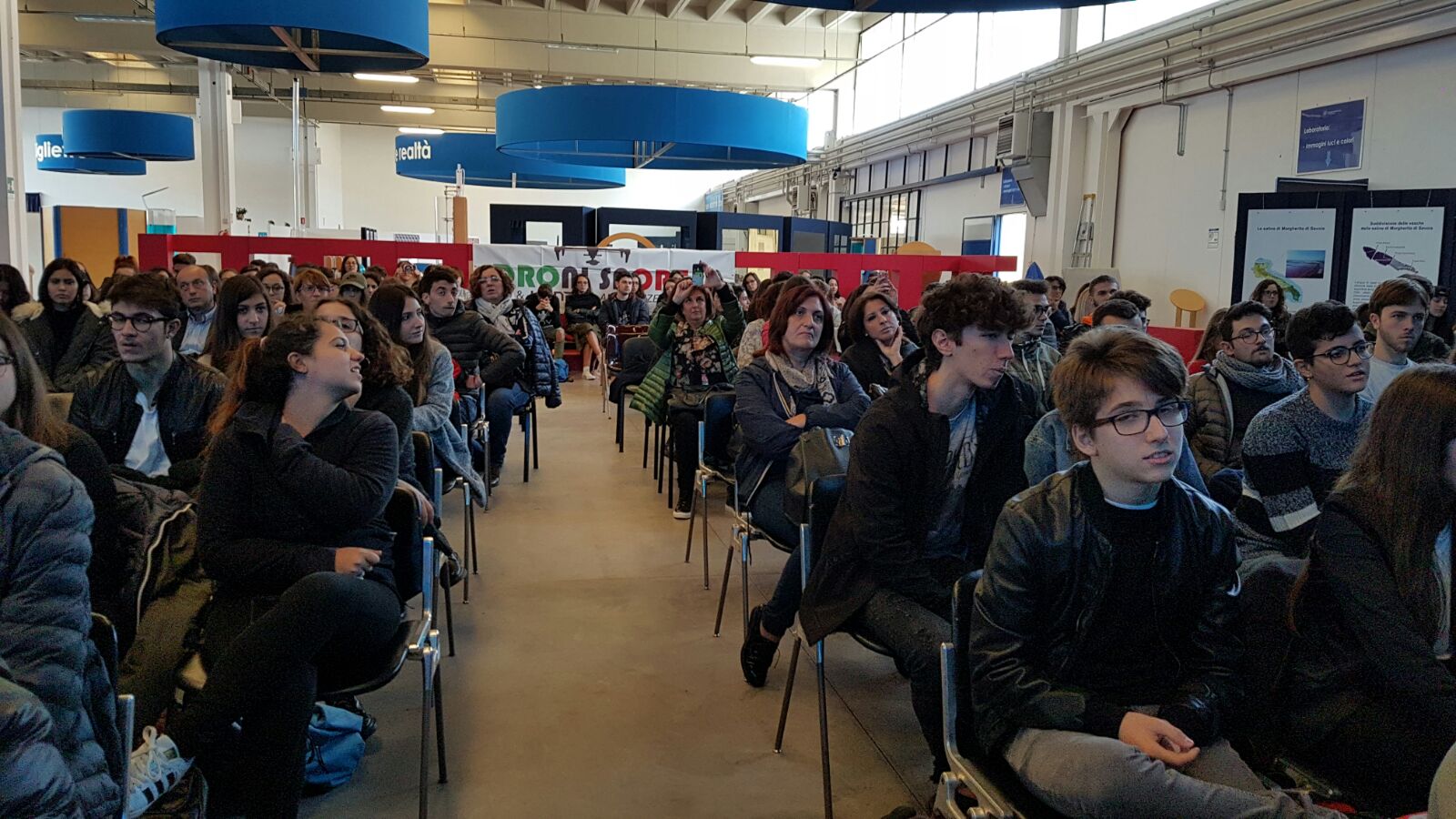 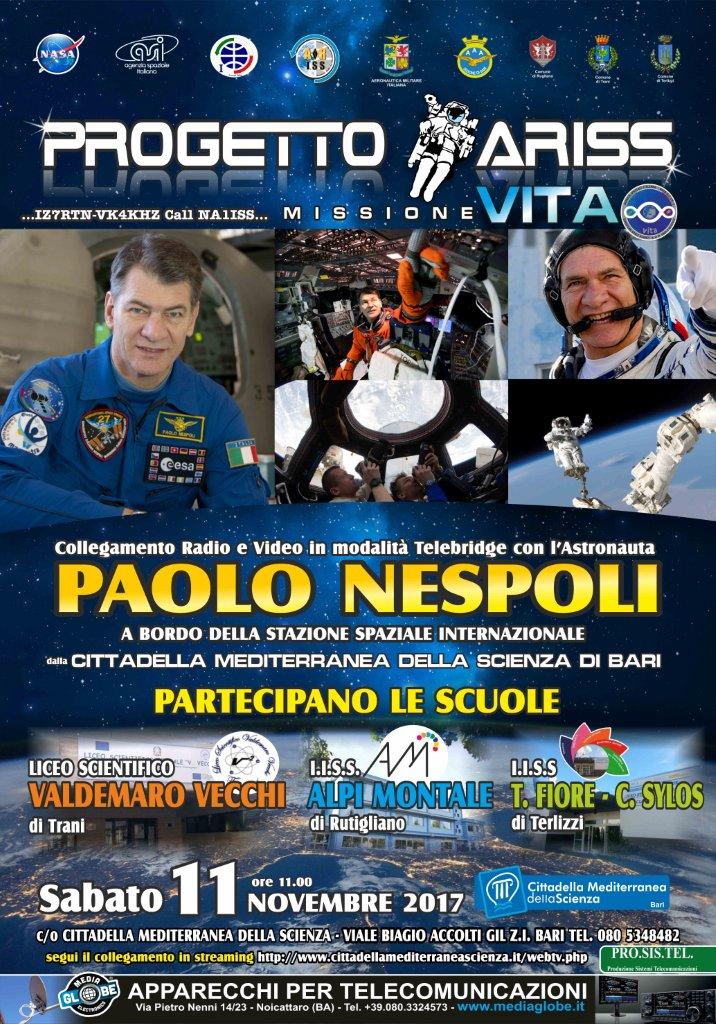