This was a direct contact performed by Amateur radio ground station ISØBWM located at School in Lanusei, Sardinia, Italy.

School Information:
Istituto di Istruzione Superiore “Leonardo Da Vinci”
It is a general secondary school for students from 14 to 19 years old (a five years’ curriculum), where general education is integrated in four specialised courses: scientific (with strong emphasis given to Maths, Physics and Science), linguistic (where they learn three second languages and literatures), human sciences (with Anthropology, Psychology and other Pedagogy), classical (where they are taught Old Greek and Latin).
The school serves Lanusei and all the villages around with 600ca students attending its courses.
Apart from classrooms all equipped with interactive multimedia boards, in the school there are ICT labs, chemistry labs, physics labs, language labs and gyms.
What makes our school even more unique within the territory is the presence of a ‘planetarium’ used to enhance students analysis and study of astronomical phenomena, which is open to external visitors as well.
Our school is located in Lanusei-Ogliastra, an area in the central east part of Sardinia (Italy). The little town has only around 5,500 inhabitants, but has played a key role in the social, cultural and political history of Ogliastra, the subregion it is a co-capital of together with Tortolì.
The school has taken part in several projects/activities along the years concerning different educational fields. There are specific subject-oriented ones such as Maths Olympics, language certification preparation courses, Latin national contests, or  others focused on European citizenship (Comenius – multilateral projects).
The school tries to stimulate students’ education also being partner of associations such as AFS-Intercultura, local health service), public institutions (Sardinian Region, Province) and professional communities. All these activities have largely contributed to the development in our students of a better attitude towards the others and our community in general, while also improving their general knowledge and competence.

Contact was established at 10:10 UTC, 11:10 local time, with OR4ISS. Astronaut Paolo Nespoli answered 18 questions and before LOS exchanged the greetings, using the VHF Ericsson Radio in Columbus Module. Signals from the ISS was loud and clear for the ISS pass.

The onboard HamVideo trasmitter was operational for the ISS passes and streaming video was available at: https://ariss.batc.tv/hamtv/

Video recorded by IK1SLD GS during the scheduled contact: https://youtu.be/r1C5bhIHwwI 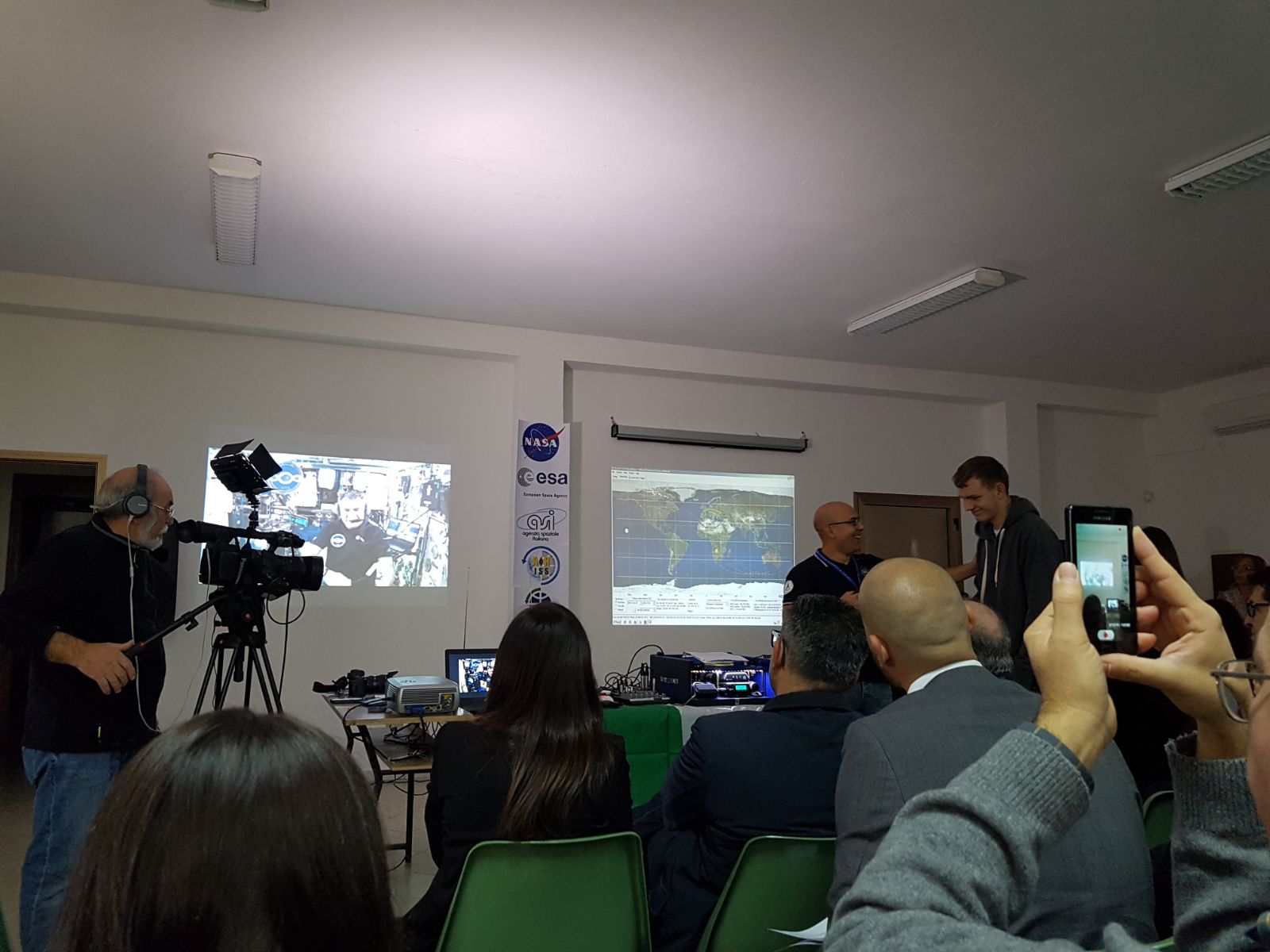 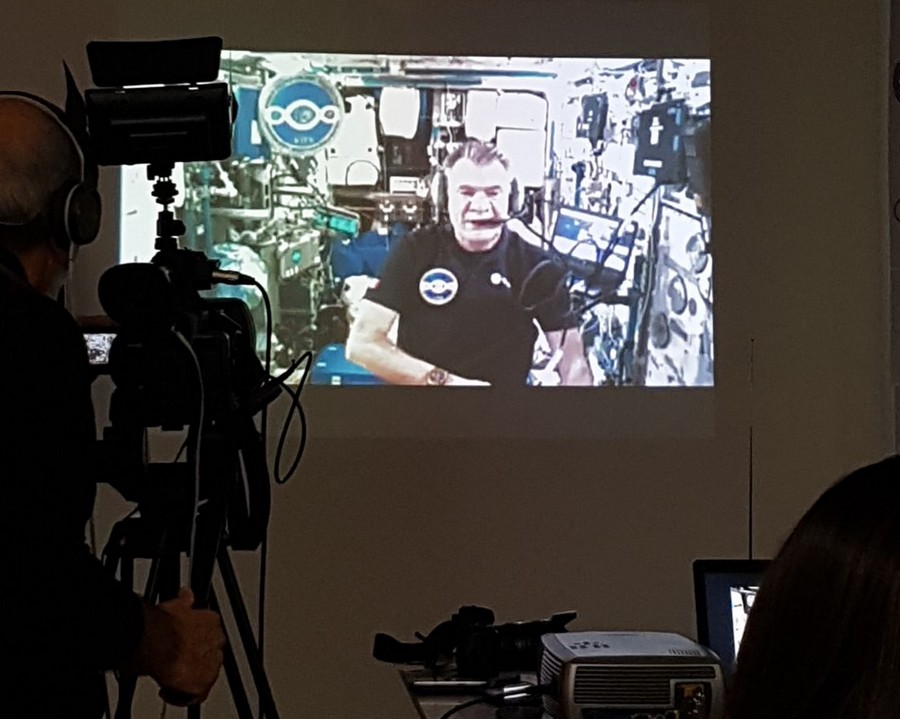 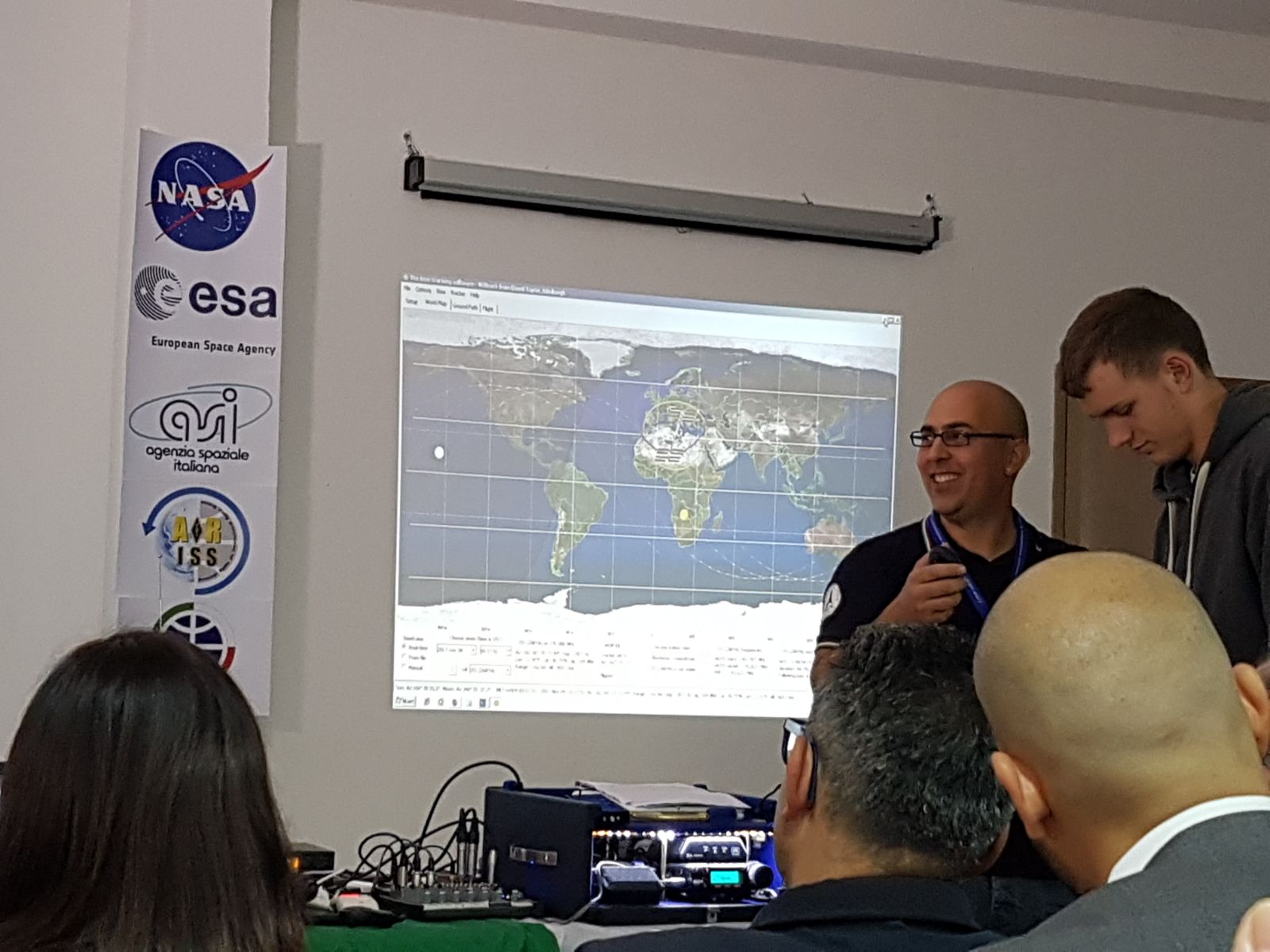