This was a direct contact performed by Amateur radio ground station IKØWGF located at Port Authority of Civitavecchia, Italy.

School Information:
Primaria e Secondaria di primo grado - Istituto comprensivo Via XVI settembre, is attended about 300 pupils aged 6 -11. The school was build in 1926 and named "Alessandro Cialdi", a Civitavecchia renowned citizen who lived from 1807 to 1882 and he was famous as Papal Navy commander, Head of the prestigious “Accademia dei Lincei”. Besides curricular subjects (italian, maths, science, english, etc.) our pupils take part in specific projects, for the duration of one year, for instance the "Comenius" project called " Save the Planet", in cooperation with seven european schools.

Contact was established at 11:20 UTC, 12:20 local time, with IRØISS. Astronaut Paolo Nespoli answered all 16 questions and before LOS exchanged the greetings, using the VHF Ericson Radio in Columbus Module. Signals from the ISS was loud and clear for most of the ISS pass. For a couple of times, Nespoli asked to repeat the question. Great emotion by all participants when Nespoli's images from HAMTV appeared on the big screen at the site of contact. In addition, Nespoli aswering to the question about plants on board, moved the videocamera and he showed the seedlings in Columbus module.

The onboard HamVideo tramsitter was operational for the ISS passes and streaming video was available at:
https://ariss.batc.tv/hamtv/

Video recorded by IK1SLD GS during the scheduled contact: https://youtu.be/nhWL4xLroKU 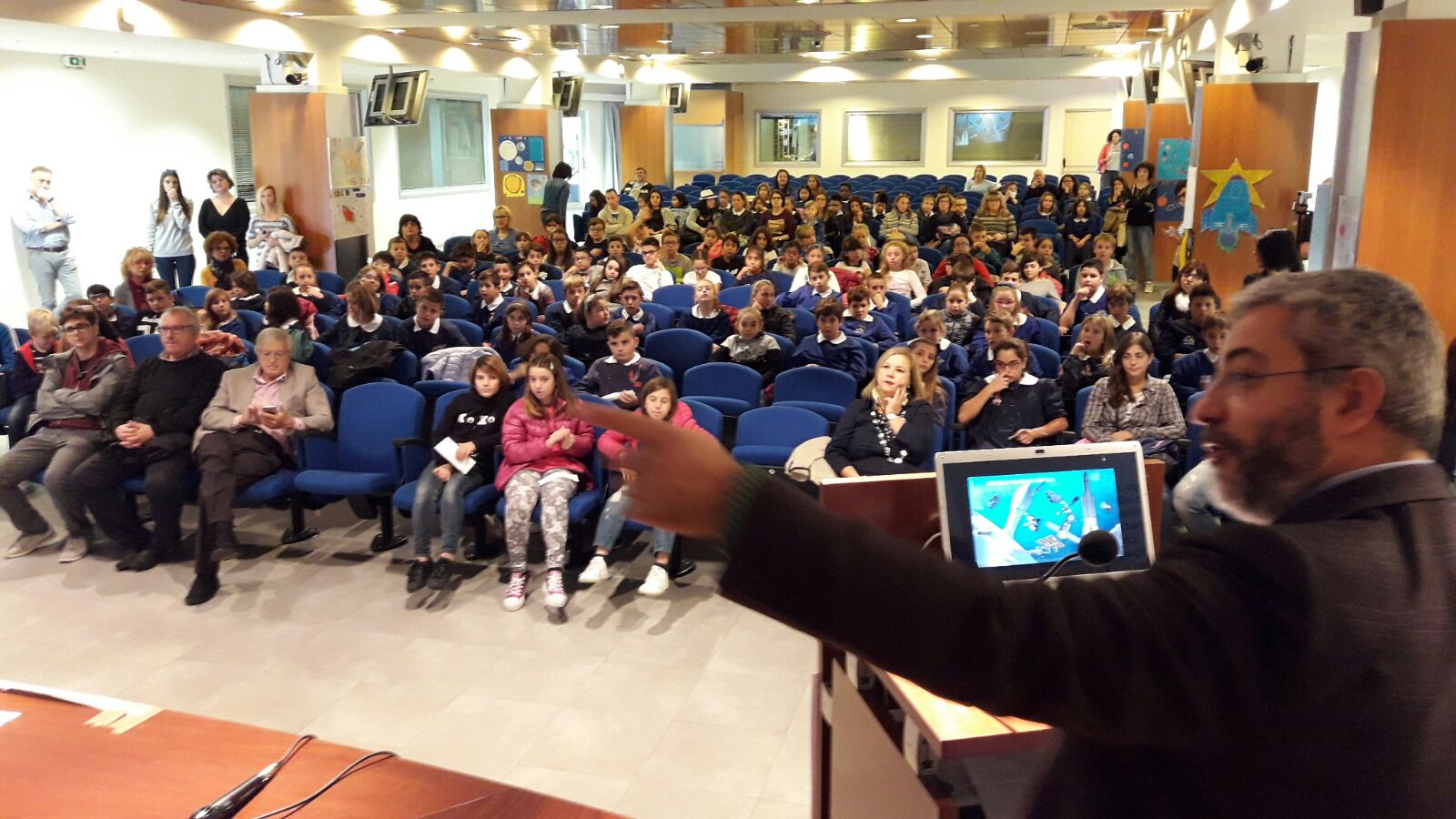 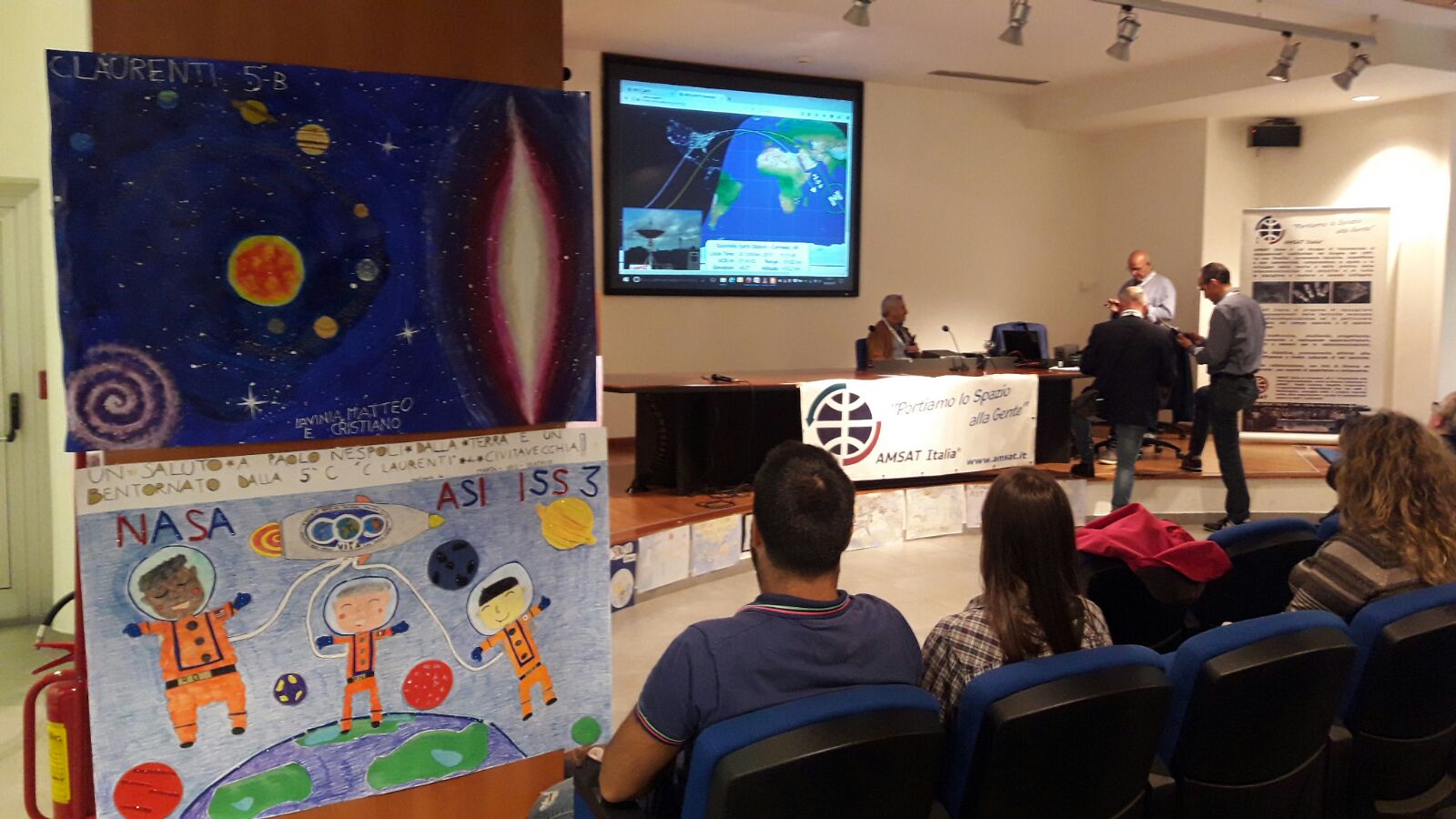 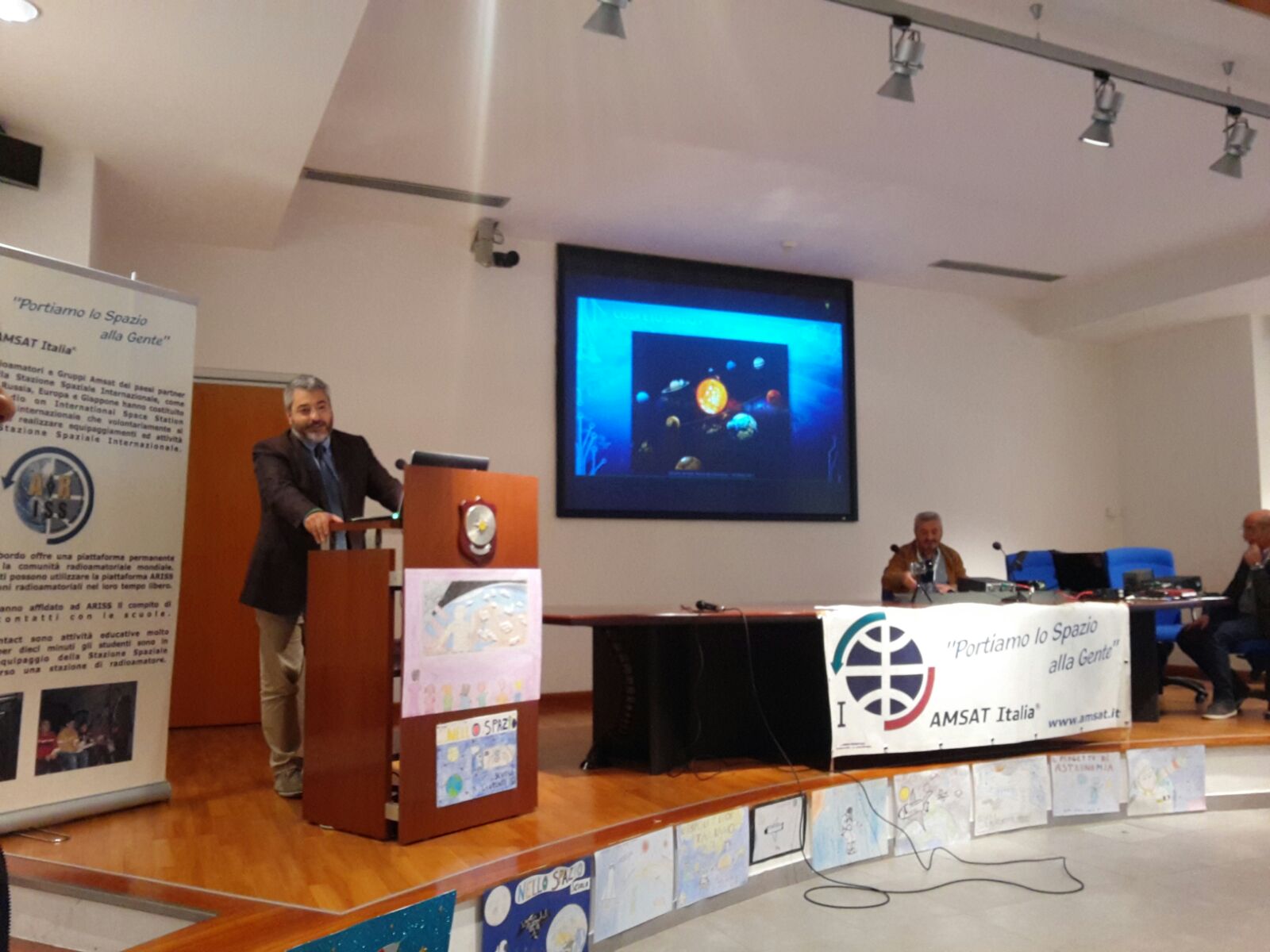 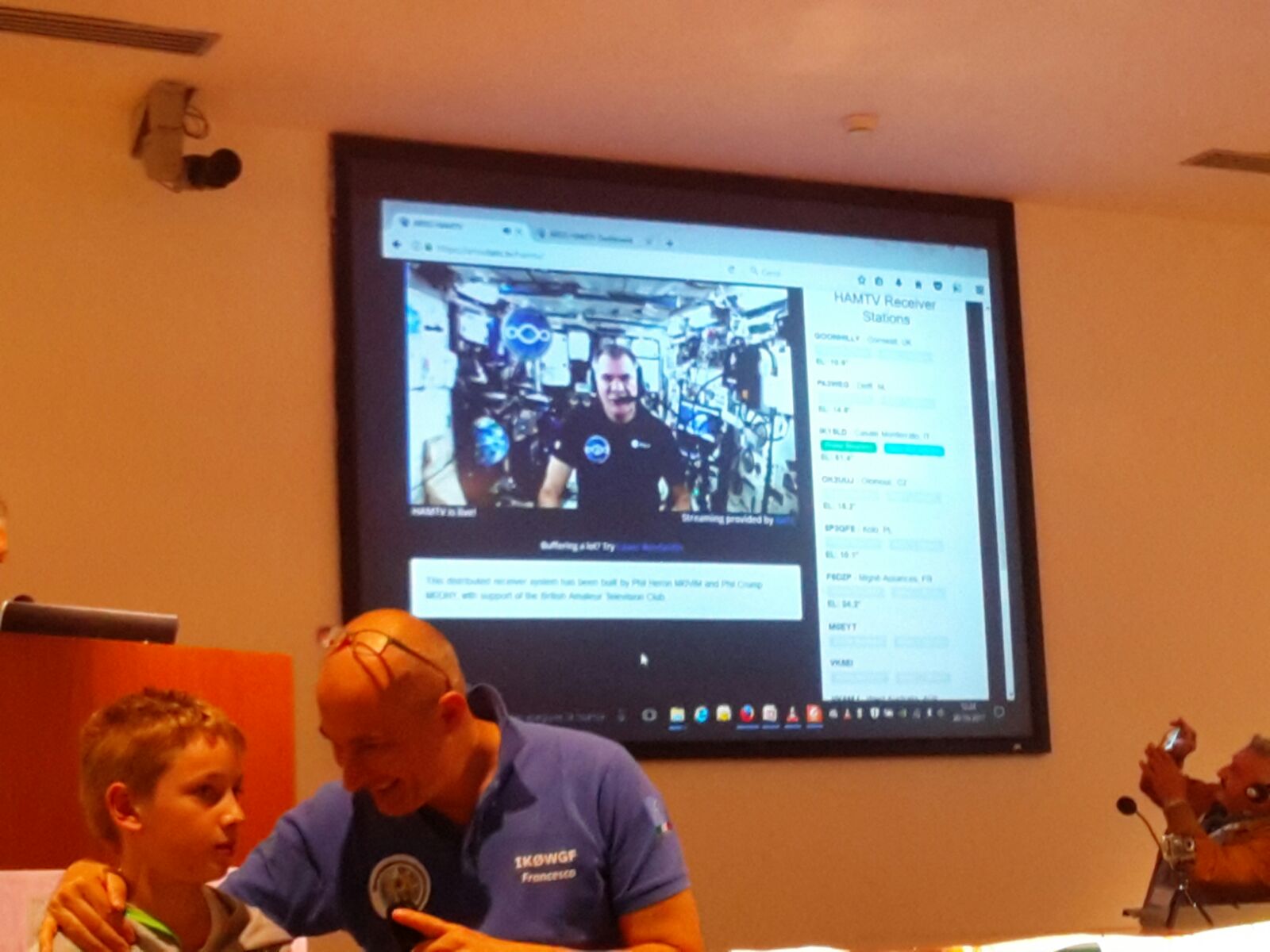 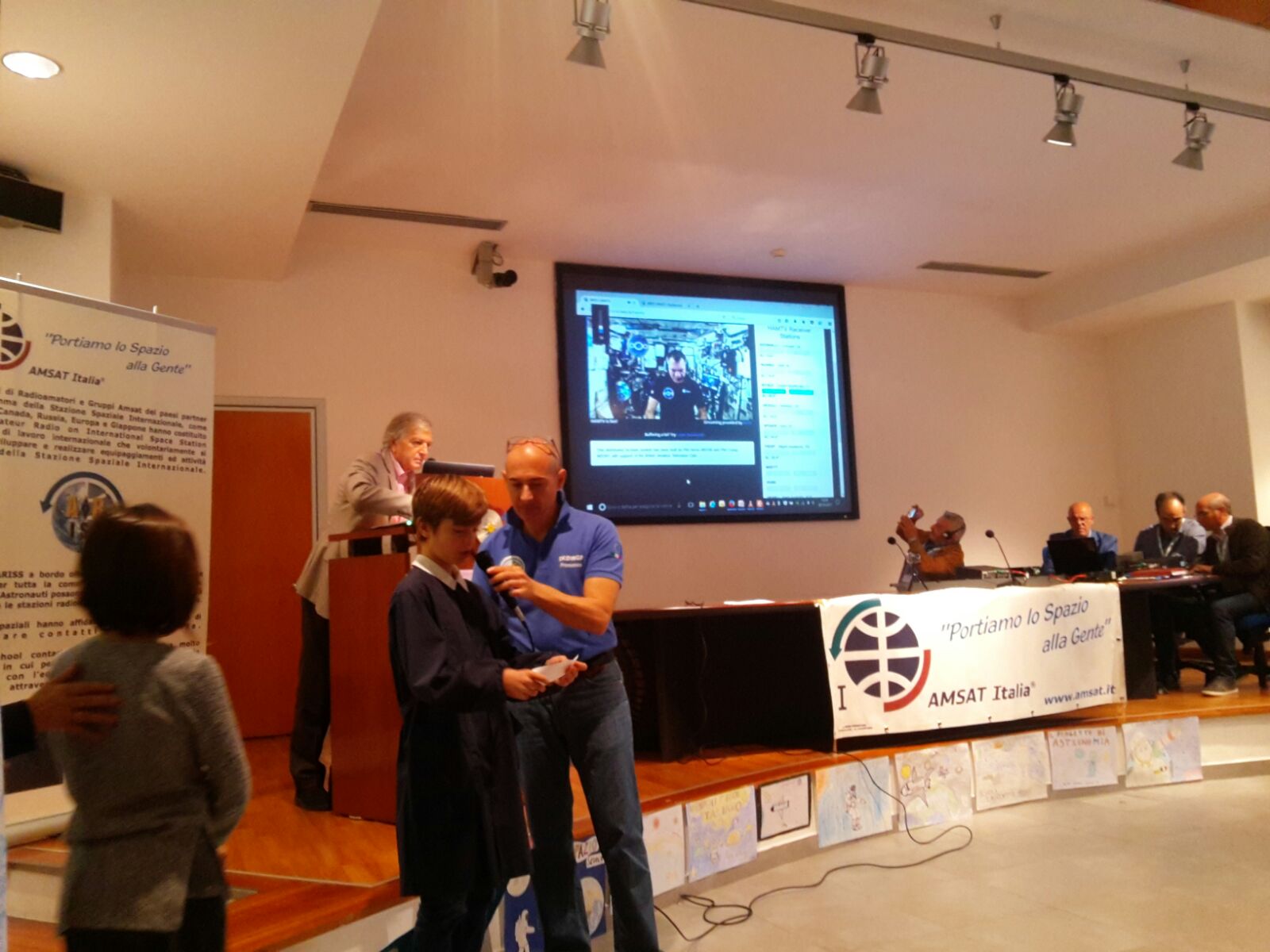 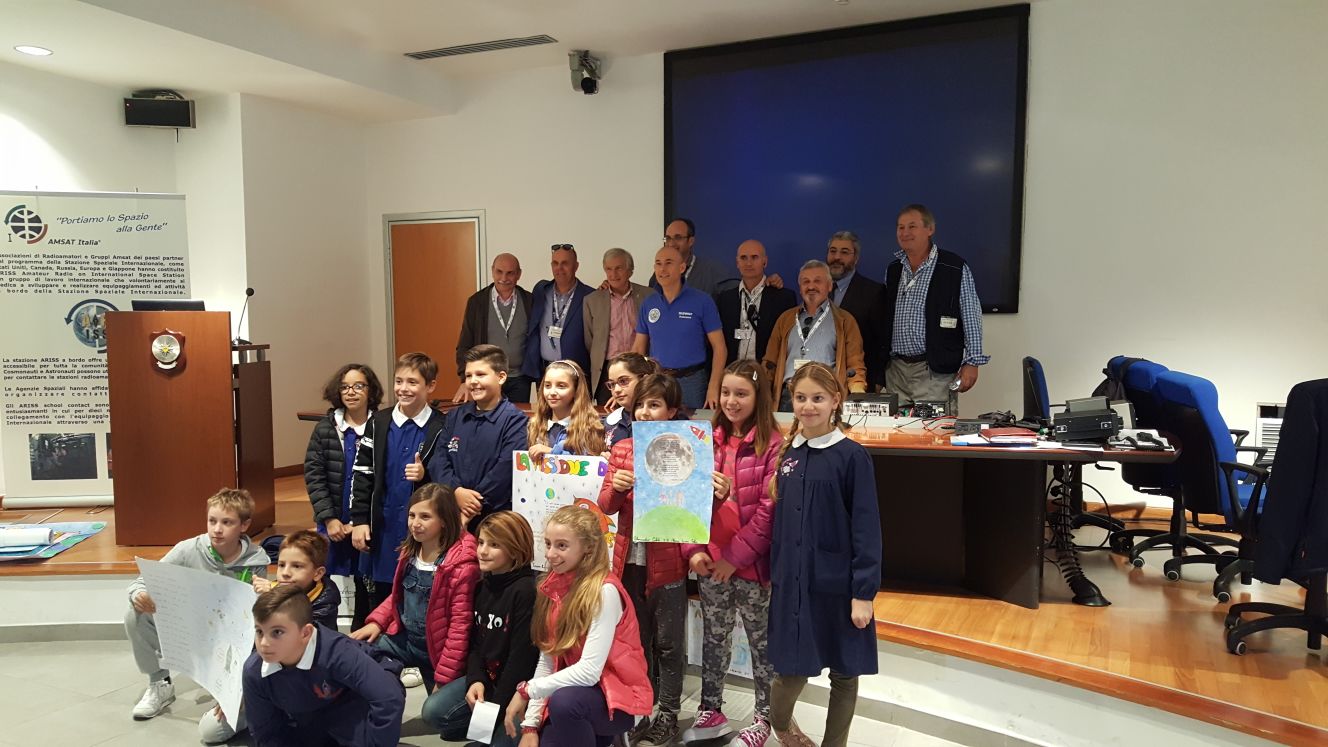