"Enzo Ferrari" Institute is located in Borgo a Mozzano, Lucca and is one by four schools of “Barga” Institute in Lucca, Tuscany.
"Enzo Ferrari" Institute is a secondary technical chemical school where teaching is focused on scientific subjects: math, physics, chemistry, biology and natural sciences.
The ARISS Chemistry space project will be an essential part of the School Curriculum - POF- (Annual educational plan) of the next school years and will involve students of the first and second classes, for the two year period 2016 - 2018 (10 classes, 200 students, 14-19).

The High School G.D. Cassini of Sanremo is part of the higher education school system of the Italian Republic and is located in Sanremo. The Institute is named the scientist “Gian Domenico Cassini”, as well as the Cassini-Huygens Mission. Our School is considered to be one of the most ancient Italian higher education schools, its foundation being established in 1859 during the Savoy monarchy. Three study specializations are available: classical, scientific and linguistic. At the end of this type of school, lasting five years, students who pass the State Exam can access any university departments. (1100 students, 14-19).

Contact was established at 08:13 UTC, 10:13 local time, with IRØISS. Astronaut Paolo Nespoli answered 7 questions and before LOS the radio contact coordinator proposed to astronaut complete the sequence of the questions during the following orbit. Nespoli agreed.
At 09:51 UTC contact was established again with Paolo Nespoli, who answered the additional 14 questions, as well as on 11:27 UTC contact was established again with IRØISS, Paolo Nespoli answered the additional 15 questions. Before LOS exchanged the greetings with both schools.
Unfortunatelly, some audio problems accourred from Sanremo site during the scheduled ISS pass, so the astronaut had some difficulties to understand the questions by students. In addition, downlink signals had several profound evanescenze during the scheduled contact, and still a few fading in the first contact continued. In end, signals from the ISS was loud and clear during the last continued contacts passes.
In addition, the onboard HamVideo tramsitter was operational for the ISS passes and streaming video was available at:
https://ariss.batc.tv/hamtv/

Video recorded by IK1SLD GS during the continued contact: https://youtu.be/GuNtsr2lISw

Images from Borgo a Mozzano: 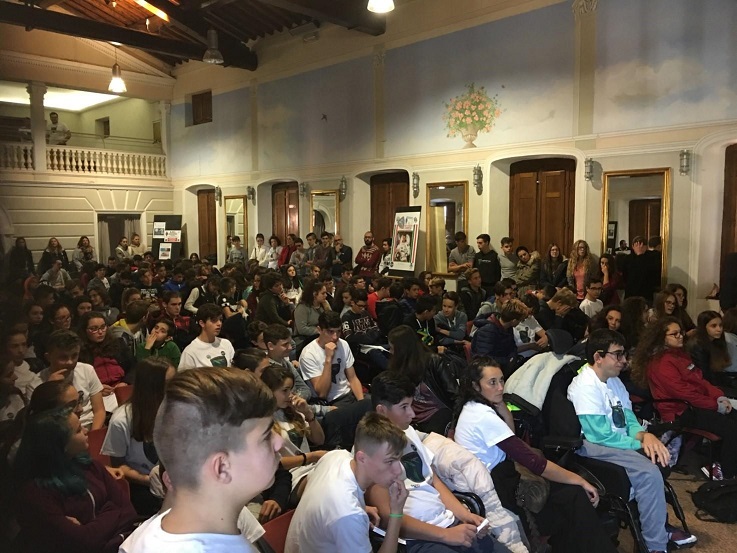 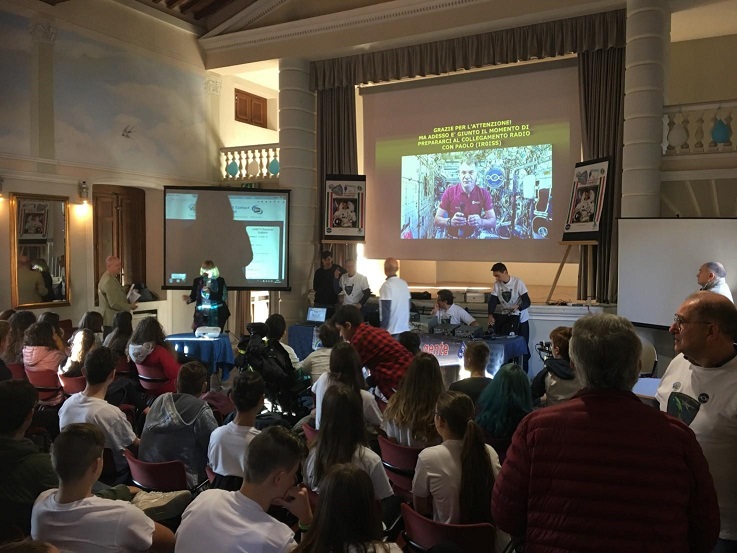 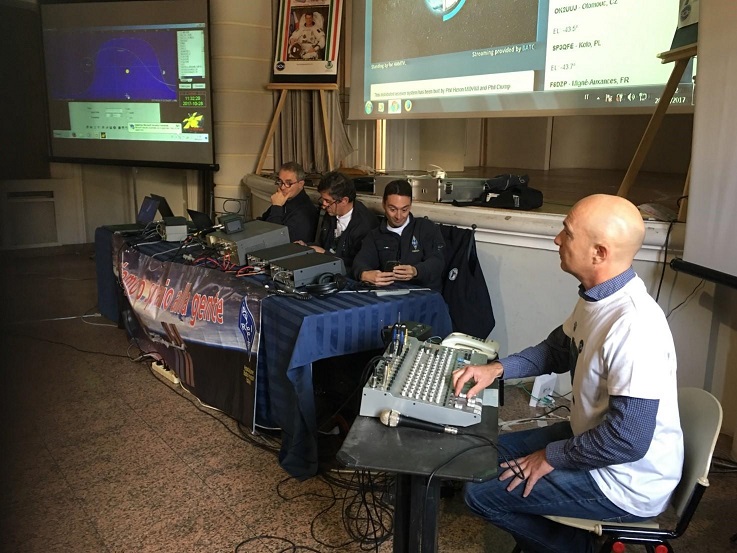 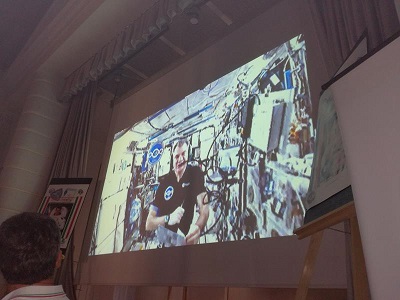