S.G.B. De La Salle School started its educational activity for male students of the primary school in 1937, by initiative of the Friars belonging to Congregazione of San Giovanni Battista de La Salle, following his pedagogic principles. In 1963, the school hosted also the secondary level school and some years later the school was opened also to female students. The number of students in Rome is about 400 and the school is located not far from S.Peter Basilica and the Vatican Museum. The school belongs to a school network which is present, all over the world, in 82 countries.

The Comprehensive town of Mira "Luigi Nono" was born September 1, 2013, and consists of three types of schools: nursery school, primary and secondary levels, dislocate in school buildings of Mira, Mira Porte and Gambarare. The number of pupils in these institution are about 1630. Mira is a large town situated along the banks of the River Brenta and near Venice, popular for many of the fifteenth century villas located throughout the area. With other neighboring towns form the urban area called “Riviera del Brenta”.

Mentors Francsco De Paolis IKØWGF and Gianpietro Ferraio IZ2GOJ proposed to the Radio Contact coordinators a joint contact and proposed both schools to share the event, alternating questions from both sites. Mr. Emanuele D'Andria IØELE in Rome and Mr. Dario Corrò IW3HUF in Mira, coordinating the events, agreed and set up a joint contact.

Contact was established at 08:04 UTC, 09:04 local time, with NA1SS. Astronaut Paolo Nespoli answered 15 questions, using the Kenwood Radio in the Russian Service Module. Before LOS exchanged the greetings with both schools. Signals from the ISS was loud and clear during whole pass. More than 100 students, 30 guests and 3 national TV (Mediaset, Sky and TV 2000) covered the event in Rome. About 40 students and 10 visitors in Mira. 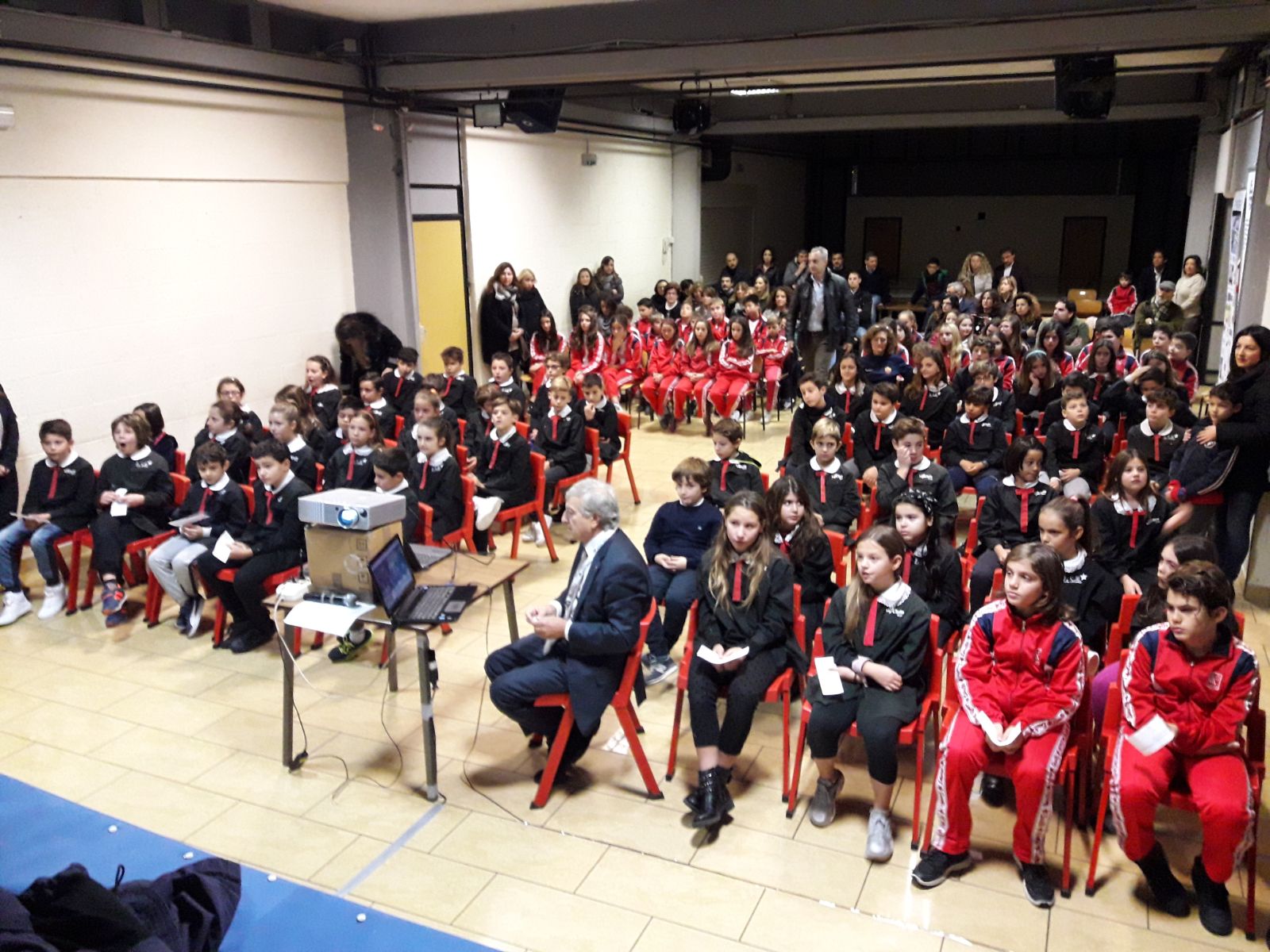 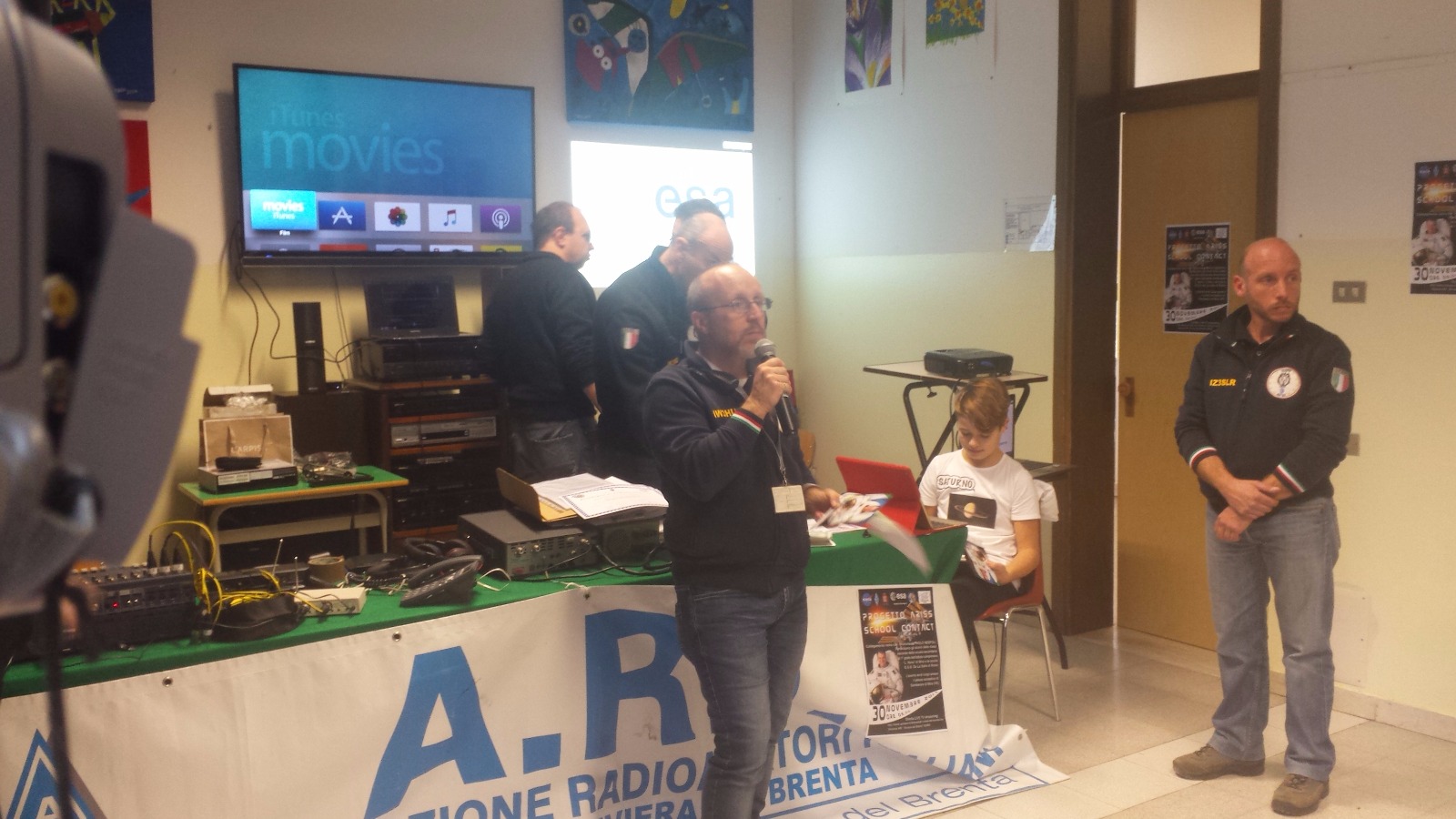 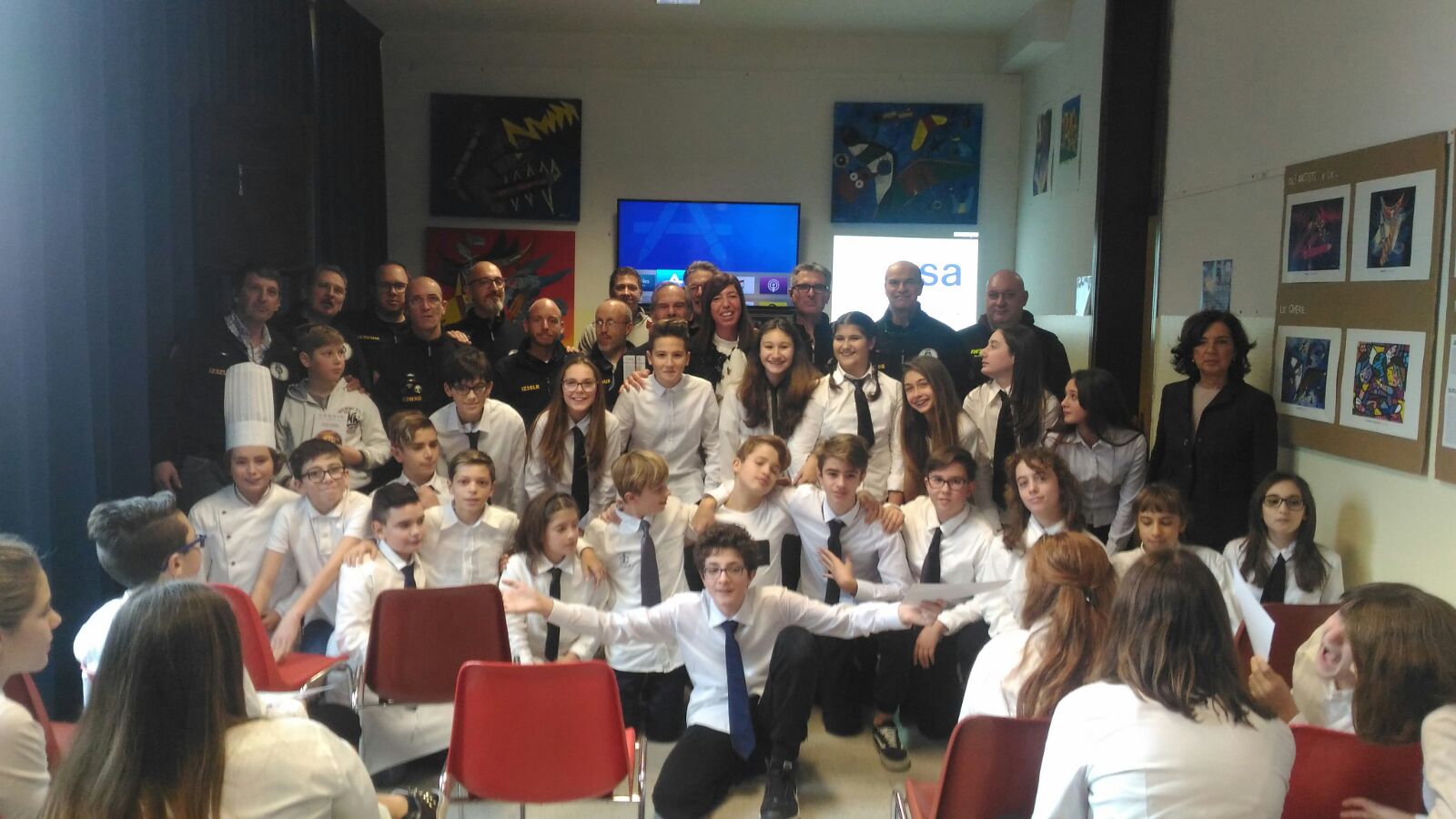