On Wednesday 24th January 2018, students of The English School, Nicosa spoke via telebridge to astronaut Mark Vande Hei, of NASA. The contact was amazing, and very emotional, as it was the first time in Cyprus that a school had the chance to do this and the school thanks ARISS for giving them the opportunity. The event was excellent and the students, teachers, ham radio enthusiasts, technical supporters, sponsors and VIPs were all enthralled.

The discussion was held in front of a curious and eager audience of 300 English School students, teachers, parents and invitees. The guests included the Minister of Transport, Communications and Works, several other schools (The American Academy Larnaca, Limassol and Nicosia, the Senior School, the Foley’s Grammar School, the Pascal English School Larnaca, the Falcon School and the LITC Limassol) to emphasise the fact that many nations work together in harmony on board the ISS.

The day began at 9am with a series of workshops for 14-year-old students. Students from The English School were mixed with the visiting students and took part in 2 workshops. One on Amateur Radio, given by The Cyprus Amateur Radio Society (CARS), and one on the International Space Station, delivered by KITION PLANETARIUM & OBSERVATORY (KPO). Visiting teachers were given a run through of the educational project that was carried out by The English School, by the teacher who was the project manager.

At 11am the program of events began in the hall with presentations by students from The English School Astronomy Club and The English School Radio Club who were major part of the project. Slides and videos of STEM activities carried out during the past year were shown after an introduction by the project manager, CARS president and the director of KPO also contributed.

When the checks began the suspension in the room built up. The event was livestreamed, and the whole school, (1100 students) had the opportunity to listen and watch from their classrooms. There were also film crews from 3 national media companies at the event and it was broadcast on national news that evening.

All 15 prepared questions were answered by Mark Vande Hei, and students had the opportunity to ask 5 extra questions. It was the perfect end to a yearlong project where all students from the English School had the opportunity to take part in many types of STEM activities. Highlight of the project was the contact with the ISS that took place at 12.35 to 12.45 local time on 24th January. Other notable highlights include students gaining their amateur radio licenses and the preliminary discovery of 21 asteroids.

The technical set up was extremely effective. For the ARISS telebridge to the ISS the Polycom Trio™ 8800 conference phone and two connected expansion microphones were used.One CYTA Business Telephony (SIP) number was used to connect the incoming call.The telebridge conference call was recorded on a USB flash drive connected to the Trio 8800. The Trio Visual+ was paired to the Trio 8800 conference phone and provided line-level audio output for sound-reinforcement. It was used for wireless PC screen mirroring during the presentations and workshops and for showing the current positions and HAM radio ranges of the ISS and ARISS-NASA ground station (W6SRJ) during the telebridge call.

Interview with CAR President on Politis 107.6 FM. One of the most widely heard radio stations on the island. 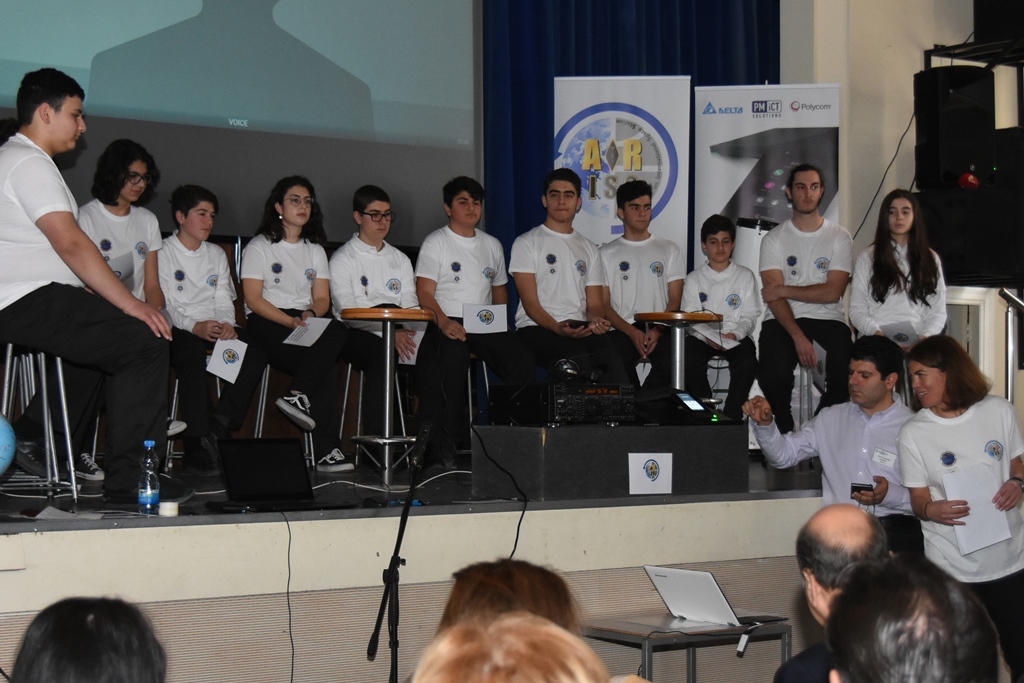 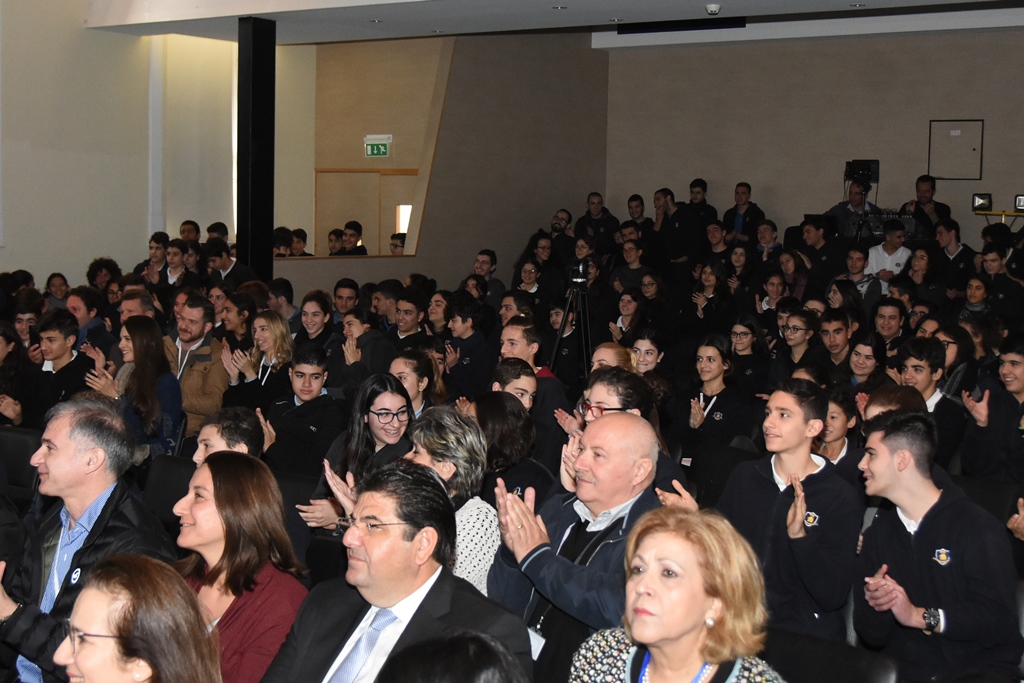